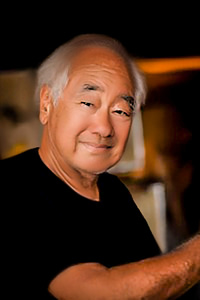 For Ray Kobayashi, real estate investment and sales has been a way to extend his building construction skills to allow people to be able to afford their own homes.  Most of the sales by the company are for brand new homes that he has designed and built.

Ray was a Realtor before he became a building contractor.  His first home was built 48 years ago, an 880 sf package home, which he built for $12,000 and sold a year later for $24,000.  With this kind of quick profit, Ray decided that construction was his calling

He so enjoyed the experience of building his own home, that he obtained his contractor’s license on December 6, 1974 and established R.K. Builders, Inc, his construction company.  R. K. Builders, Inc. has built over 500 residential homes throughout East Hawaii, a 20-unit townhouse (Kawili Regency), an 18,000 sf warehouse in the Shipman Industrial Park, 16,200 sf warehouse in Pahoa and customized several shops at Prince Kuhio Plaza.   His masterpiece is located in Kaiwiki,  a three-story five-bedroom, 4 ½ bath luxury home with custom local woods (koa, eucalyptus, mango, sugi pine and ohia) on walls, ceilings and floors.

Gloria R. Kobayashi has held a real estate license in Hawaii since 1970 and has been a Realtor since 1979.  She met her husband, Ray Kobayashi, at a state real estate convention in Honolulu just after getting her license.  So, for the Kobayashis, real estate activity was part of their courtship and has continued on as a partnership.  In 2020 Gloria achieved the status of Realtor Emeritus and serves as a Director for the Hawaii Island Realtors.

Gloria believes that God sends her her clients.  She treats every client as she herself would like to be treated. She learns something new from every transaction.